Attorneys often need the services of other attorneys in order to procure the best possible outcome for the client. In some situations, the best course of action is for a law firm to outsource their case to another lawyer to reduce litigation costs and other legal expenses for all parties involved.

Our Attorney is a veteran solo practitioner that has developed strong litigation skills over the course of her career and can offer other law firms with expert assistance in a variety of legal matters.

We are available to serve as local counsel for out of state firms whose clients need work performed by an attorney. Further, her experience in representing business clients has lead to work as outside General Counsel. Law Firms and corporations in need of such services are encouraged to call our office. These calls are immediately dispatched , whether she is in the office or away in court, depositions, etc. She personally returns each call either immediately or within less than twenty four hours.

We handle corporate work for numerous business clients. Our Attorney has successfully represented a Fortune 500 company in multi-defendant litigation, and as a successful individual attorney with uncompromising litigation skills and experience, she allows in house counsel to securely outsource their potentially costly civil litigation projects. We provide representation by an experienced, seasoned and tough litigator who will produce the client’s desired outcome in a more cost effective manner.

Each project will first be reviewed thoroughly by our attorney. In short order, the client will receive a legal roadmap, outlining the steps required to meet their stated goal along with a budget itemizing projected attorney’s fees, expenses, and costs. The client will be updated personally by the attorney  twice monthly and/or at every important phase of the project.  Our Law Office has the technology in place to be accessible to her clients at all times, while still allowing for quality work according to the client approved budget.

Getting a traffic ticket is a common occurrence. In fact, most people get a traffic ticket at least once in their life. Many people simply pay the ticket without realizing the consequences involved, while others assume that they have no other choice.

Paying a traffic ticket is the same as pleading guilty and most moving violations are reported on your driving record. This can result in increased insurance premiums or your insurance company choosing not to renew your policy, at all. A poor driving record can also affect your ability to gain employment. Many companies today run complete background checks on all prospective employees. A bad driving record can be perceived as a lack of responsibility and may result in someone else landing your dream job.

Receiving a traffic violation can have extreme consequences for professional drivers. These drivers hold licenses that allow them to haul heavy loads, carry hazardous materials, transport numerous passengers and many other potentially dangerous activities. Maintaining this license has strict guidelines and one traffic citation could result in the loss of this license and their jobs.

Our Attorney  represents clients in traffic courts throughout the State. Her knowledge and experience can provide all drivers with options to avoid the negative consequences of pleading guilty to a traffic citation. If you have recently received a traffic citation, take action to protect your driving record by calling us today!

Many states assess points against your driver’s license for each traffic citation and will suspend or revoke your driving privileges if too many points are received.

Suspension or revocation of your driver’s license can occur under specific circumstances, including, but not limited to the following:

The most common cause of license suspension is a failure to appear in court for a traffic citation. In many courts, hearings on traffic violations are mandatory appearances. Failure to appear on that date results in the judge issuing an arrest warrant. Most drivers have a desire to clear their suspension and underlying traffic citation, but fear being arrested. Many continue to drive, out of necessity, in order to get to work or bring their children to school. This often results in being cited for driving with a suspended license, which can result in an arrest and always compounds the charges, fines, etc. the driver was already facing.

If your driver’s license is suspended, you don’t have to risk driving illegally due to fear of going to jail. We have assisted many clients with the process involved in regaining their driving privileges and clearing up suspensions, fines, etc., all while avoid time in jail.

At our Law Firm, we understand how challenging starting and running a business can be. Not only are there innate legal issues that must be dealt with when creating your company, there are often disputes between business partners and other entities. When litigation matters arise, they can pose a significant threat to the well-being and success of a business. Failure to appropriately handle business disputes can cause you to incur unnecessary costs that impact your bottom line. Our Attorney  is a seasoned litigator that can provide you with the strong legal support you need to overcome matters that could potentially have unfavorable consequences for business.

As a seasoned litigator, we zealously defends the interests of a variety of businesses, including Fortune 500 companies. She is able to tailor her representation and the legal process to the unique needs and desired outcome of her clients, which requires an inherent understanding of the business and the legal matters at hand. By utilizing numerous creative legal strategies that she has perfected over her lengthy legal career,  we have the expertise and resources to provide you with the zealous advocacy your company needs.

At the heart of every business lies one or more contracts. A contract is designed to let each party involved know what their responsibilities and obligations are, and to hold them to those obligations. When one or more parties fail to adhere to the terms of a contract, a business can be put at risk. If you are involved in a contract dispute of any kind, Our Law Office can provide you with the expert legal support you need to aggressively defend the interests and rights of your business. 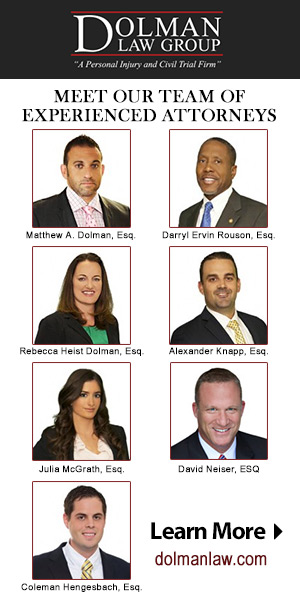 Copyright 2021 Lawyers Blog | All Rights Reserved.
All the pieces of information provided on this website are for the sole purpose of providing you information related to legal proceedings. We do not intend to be considered as a legitimate authority of the same.